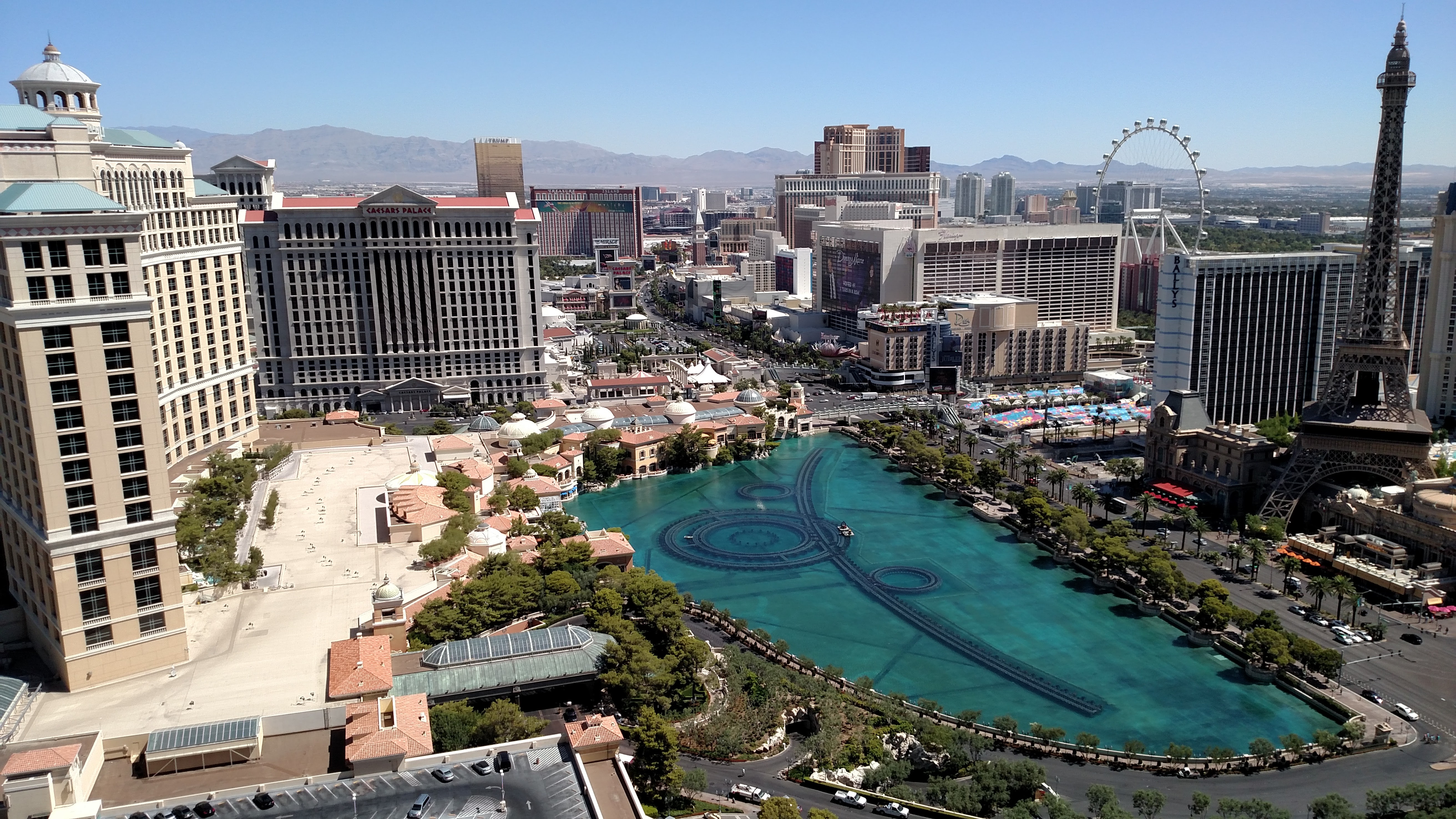 Finished in 2010, just after the Great Recession had ravaged Las Vegas, The Cosmopolitan of Las Vegas had its work cut out for it.  Wedged between MGM’s CityCenter and Bellagio, the independently-owned property represented yet another would-be condo project that almost went bust – and then was converted into a hotel.  But ultimately, that was to our advantage.  Almost 5 years after opening, The Cosmo has now hit its stride, with the popular Marquee Nightclub and Dayclub and hip supper club Rose.Rabbit.Lie leading the way.  And the larger-than-normal, would-be condo accommodations are certainly a treat, featuring the Strip’s only private terraces with unbelievable views – just like the one above.